We tend to think of climate change as a relatively modern issue, perhaps marked by the testimony before Congress of James Hansen in summer 1988.  The terms “climate change” and “global warming” hardly appear in literature before 1975 and didn’t really take off until the mid-1980’s. 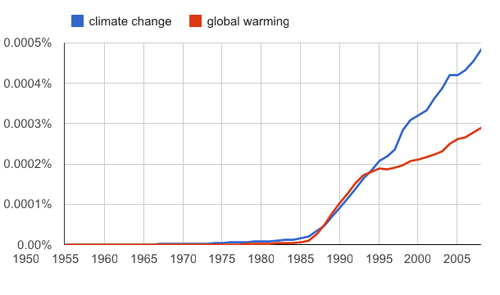 There is of course Svante Arrhenius who published on the role of carbon dioxide in 1903 and even some others before that. There was certainly research on the issue throughout the 20th Century, including the work of Keeling and Callendar. But this week I was prompted to read a bit about the Revelle Factor (ocean uptake of CO2, more basic research in the 20th Century) and came across the following publication, endorsed and signed in 1965 by then President Lyndon Johnson and produced by the President’s Science Advisory Committee. It is a review on the then current state of the environment with a focus on pollutants. To my surprise, contained within it is a lengthy chapter on the rising levels of CO2 in the atmosphere from the use of fossil fuels and its impact on global temperature. Was this the earliest political prompt on the issue from the science community?

In the days before computer models, climate lobbyists, sceptics, warmists and the pseudo-scientists who claim to have deep and insightful knowledge of atmospheric physics and chemistry (a.k.a. a variety of journalists, hobbyists, lawyers, political figures and others) which the atmospheric physicists themselves “apparently don’t have”, here is a first (??) thoughtful introduction and analysis by the science community, published by the United States Government on an issue that has become paramount today. It makes for interesting reading.

The paper looks at the atmospheric build up of CO2, the likely further build up by 2000 as fossil fuels continue to be consumed, expected temperature rises, the possible impact on global sea levels as ice caps melt and concludes;

The climatic changes that may be produced by the increased CO2 content could be deleterious from the point of view of human beings.

Perhaps the most surprising aspect of the chapter on Atmospheric Carbon Dioxide is the discussion on a geoengineering solution. The above conclusion goes on to say;

The possibilities of deliberately bringing about countervailing climatic changes therefore need to be thoroughly explored. A change in the radiation balance in the opposite direction to that which might result from the increase of atmospheric CO2 could be produced by raising the albedo, or reflectivity, of the earth . . . . . . .

Nearly fifty years later, not a great deal has been done in response to all this, although climate science has certainly advanced. But in his opening remarks, President Johnson calls for “highest priority of all to increasing the numbers and quality of the scientists and engineers working on problems related to the control and management of pollution“. The fact that some in our society have chosen to demonize these people and even mock their work is a sad state of affairs.  Tackling climate change means we need more scientists, with society fully behind young people focusing on science, technology, engineering and mathematics.  Governments too can play a bigger role, not only like Johnson did in recognizing the problem but by enacting enabling policy measures and delivering public funding to support progress in research and development.