It’s difficult to sum up 2013 from a climate standpoint, other than to note that it was a year of contrast and just a little irony. Overall progress in actually dealing with the issue of global emissions made some minor gains, although there were a few setbacks of note along the way as well.

These were all important steps, particularly those that tried to broaden or strengthen the role of carbon pricing. On that particular issue, 2013 saw both positive and negative developments, with progress best described as “baby steps” rather than anything substantial. With a change in the European Parliament, mid-term elections in the US and Australia in the process of unwinding, it is difficult to see where the big carbon pricing story in 2014 will come from. Perhaps the tinges of orange (see below) now beginning to appear in South America will flourish and green with COP20 being held in that region towards the end of the year. 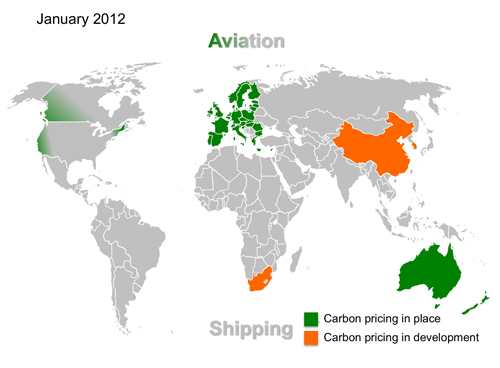