Last week I celebrated something of a milestone – 40 years in Shell. Those years have been spread over different areas of the business, starting as a refinery chemical engineer in Geelong Refinery in Australia and now as Chief Climate Change Adviser in the strategy area of Shell. An anniversary is often a time to reflect, which is interesting in terms of the development of the energy system and even Shell within that.

In 1980 as a graduate joining the company in Australia, Shell felt like an oil company, although gas was growing rapidly as an important part of the energy system and Shell was already a pioneering participant. In 1980 the global energy mix was over 40% oil, with oil and gas making up 60%. Today oil and gas have fallen to 54% but all fossil fuels remain at 80%, a number that has hardly changed since 1990. In 1980 it was 85%. 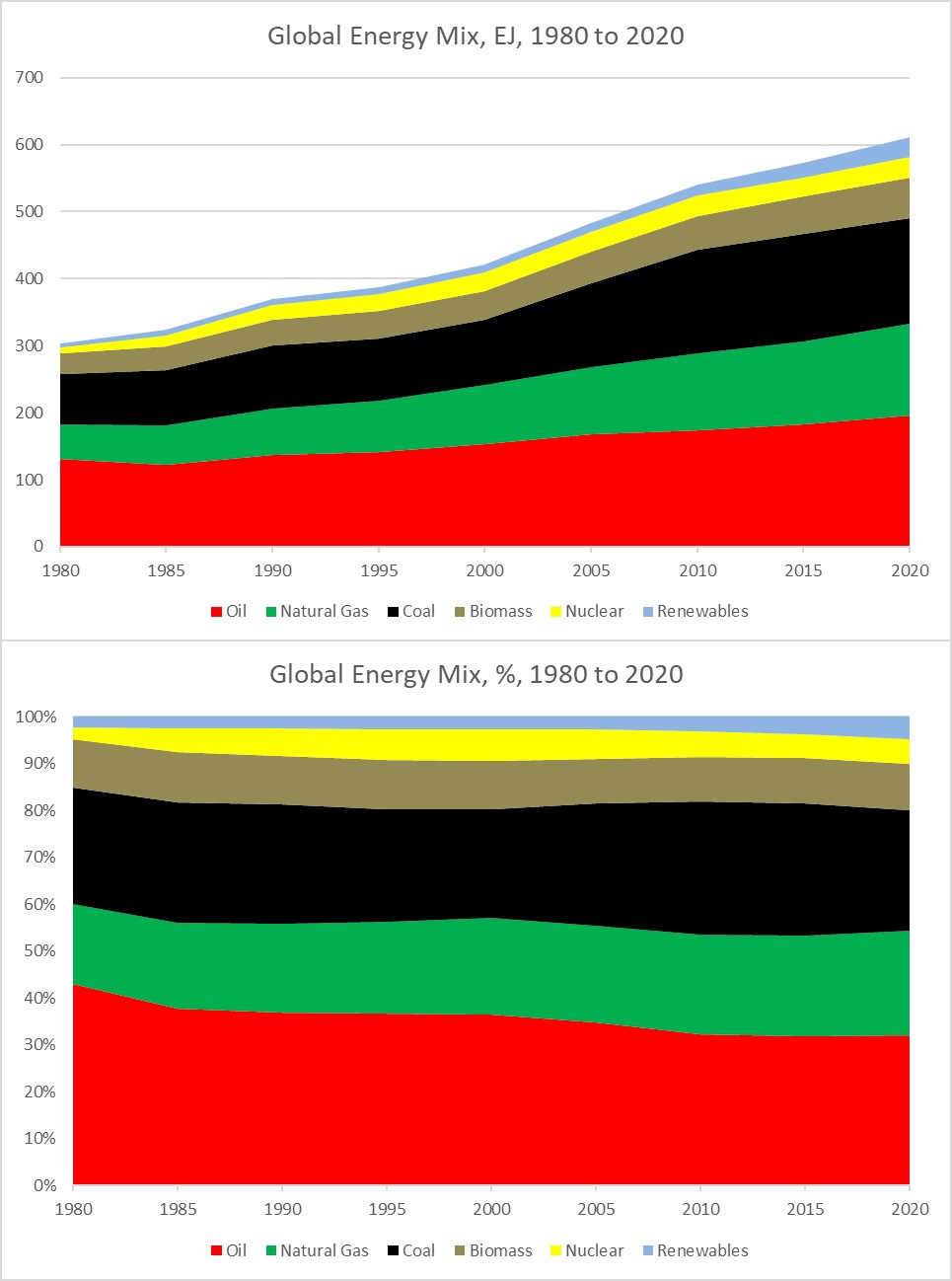 The price of oil in March 1980 was about $35 per barrel, which also happened to be the price in the middle of last week when I celebrated my anniversary. But over 40 years the price has shifted regularly in the range $10 to $140. In that time global oil production has risen from 65 million barrels per day to 100 million barrels per day and a variety of new technologies have brought cost efficiencies to the business. The year 1980 was in the middle of a period of oil crisis and adjustment, following the OPEC drive price rises of the 1970s. Over my first few years in Shell OPEC’s market share sank from approximately 50 percent in 1979 to less than 30 percent in 1985 as oil demand fell and the market adjusted.

The refining business that I was entering was and still is a major part of the company, but in 1980 there were some 40 Shell refineries around the world, with many around 100,000 barrels per day like Geelong. Today, the company mainly operates very large regional refineries, such as in Singapore and Rotterdam. One of my first jobs in Shell was early troubleshooting of a novel hydroprocessing technology for lubricant base oil manufacture and at the time Shell was one of the largest base oil suppliers globally, with over a dozen refining facilities round the world. Today, Shell is still a major lubricants supplier, but the base oils are not produced by the company.

Perhaps the biggest change that I have seen in Shell is the development and expansion of the liquefied natural gas (LNG) business. Shell has been a pioneer in LNG for more than 50 years. In Arzew, Algeria, the first commercial LNG liquefaction plant was delivered in 1964 with Shell involvement, and Shell shipped the first commercial cargo from Algeria to the UK in the same year, starting today’s global trade. By 1980, global LNG trade had reached some 30 million tonnes per year and by that time Shell had a fleet of ships lifting out of countries such as Oman. Today, LNG demand is approaching 400 million tonnes per annum and Shell production alone exceeds the 1980 global total.

The Shell Scenarios team where I work today is also celebrating an important milestone this year, but for the team it is fifty years. In its early years the scenarios the team produced were looking at issues related to the formation of OPEC and its impact on supply and price, both of which turned out to be world shaping influences throughout the 1970s and 1980s. Today, the team is focused on the critical issue of climate change and the energy transition. I believe that our Sky Scenario has really helped people think about the transition ahead.

Which brings me to the future. If a graduate joins the company today and stays through to the 2050s or even 2060, the changes I have seen might seem minimal by comparison. One can only speculate where the company could be, but areas such as electricity supply, hydrogen production and sustainable fuels are all in the spotlight. In recent days Shell announced its involvement in a potential project to build the worlds largest hydrogen production facility using electrolysis of water powered by renewable electricity. I have found the Shell to be a great place to work over four decades and I can’t see any reason why that won’t be the case in the decades ahead for those staring with the company today.