Three years ago when Shell released their New Lens Scenarios, the two views of the future looked out far beyond previous scenarios, taking in the period from 2050-2100. This offered the opportunity for both scenarios to explore ways in which the world might reach a point of net-zero carbon dioxide emissions, down from some 40 billion tonnes per annum at the moment. Such an outcome is critically important for the global environment as it means stabilization and then probably some decline in atmospheric carbon dioxide levels, an essential requirement for limiting the current rise in surface temperature.

Net-zero emissions is also a requirement of the Paris Agreement. Article 4 is very clear in that regard, with its call;

“so as to achieve a balance between anthropogenic emissions by sources and removals by sinks of greenhouse gases in the second half of this century. . . “

Energy scenarios typically explore the nearer term and many limit their horizon at 2050, but that isn’t sufficient for seeing truly profound changes in the energy system. These will play out on longer timescales, given the size of the system, the capital and capacity required to turn the system over. Solar energy is a good example. Today, we are in the middle of an apparent boom, but that is founded on years of development and improvement in the underlying technologies, a process that is still underway. Even at current deployment rates, solar still makes up only a small fraction of the global power generation system and electricity only represents 20% of the final energy we actually use. But over many decades, an energy technology such as solar PV may come to dominate the system.

Looking at the emissions issue from the fossil fuel side, even if solar was to dominate, would fossil fuels and the associated emissions of carbon dioxide necessarily decline? Simply building more renewables doesn’t guarantee such an outcome and even a significant reduction in fossil fuel use could still mean a continuing rise in atmospheric carbon dioxide, albeit at a reduced rate. Scenarios help explore such questions and by extending the New Lens Scenarios to 2100, real solutions to reaching net zero emissions present themselves.

The original “New Lens Scenarios” publication from 2013 focussed more on the period through to 2060, but a new publication released by Shell looks specifically at the challenge posed by net zero emissions and explores plausible pathways towards such an outcome using the “New Lens Scenarios” as a backdrop. I have been involved in the development and writing of this publication, which started in earnest only days after the Paris Agreement was adopted. But the material within it comes from the strong base built up over many years through the various Shell scenarios.

The analysis presented sees the energy system doubling in size as global population heads towards 10 billion people. Today we collectively consume about 500 Exajoules of energy; this could rise to some 1000 Exajoules by the end of the century. The makeup of that energy system will most likely look very different from today, but it is probably not a world without fossil energy; rather it is a world with net-zero carbon dioxide emissions. Carbon capture and storage therefore plays a significant role. Even in 2100, hydrocarbon fuels could still make sense for sectors such as aviation, shipping, chemicals and some heavy industry. Electrification of the energy system would need to shifted from ~20% today to over 50% during the century.

The new supplement is called “A Better Life with a Healthy Planet. Pathways to Net-Zero Emissions”. The title highlights the intersection between the need for energy to meet the UN Sustainable Development Goals and the requirement of the Paris Agreement to reach net-zero emissions. A better life relies on universal access to energy. The publication comes with a wealth of online material to support it. 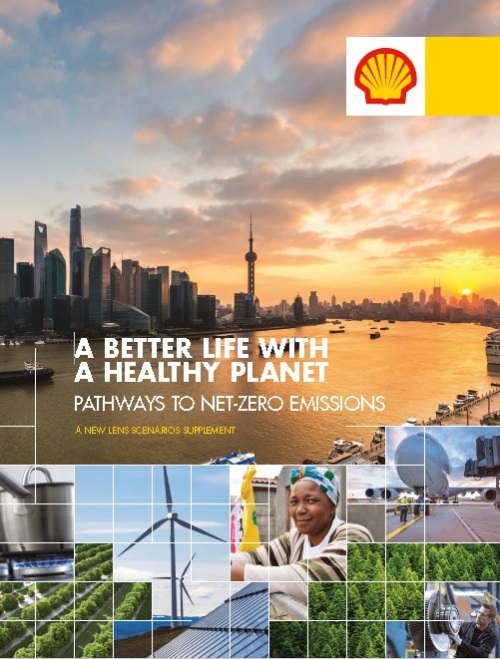