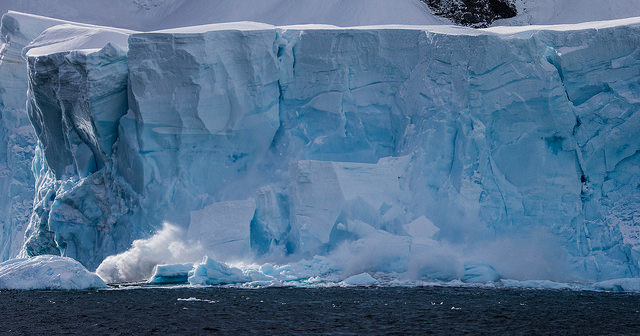 As you enjoy the Christmas festivities, perhaps toast the people on the South Pole Energy Challenge (SPEC). In mid-November, my friend Robert Swan and his son Barney Swan started a walk across Antarctica to get to the South Pole sometime in January. With them is videographer Kyle and guide Martin. Traversing Antarctica is an extraordinary journey to embark upon and a feat of physical endurance that few people could attempt. But Rob has set the team an even more remarkable challenge; they will make this journey powered entirely by renewable energy. Their goal is to highlight the role that renewable energy can play in a 21st Century energy system that leads to no net release of carbon dioxide to the atmosphere.

That energy will come from two sources; a solar energy system adapted for the conditions by NASA and a supply of advanced biofuels. The latter was developed solely for this trip by Shell, using a technology that turns solid waste into biofuels, produced at the Shell Technology Centre in Bangalore, India. On a standard polar expedition, each person uses around 200-250 millilitres of jet aviation fuel per day. This fuel is used sparingly for heat, to melt ice to provide water and for cooking. SPEC is pioneering a different approach to managing the energy needs for polar expeditions. Using passive solar thermal systems, a NASA designed ice melter, and advanced biofuels the team will attempt to use a renewable energy mix to sustain their water, heating and cooking needs. Additionally, they will be using solar technology to charge lithium batteries that will power their camera and communication devices.

The story behind this and the relationship with Shell goes back over a century to the Scott Antarctic Expedition of 1912. Rob initially approached Shell for expedition funding in the 1980s, when he set out to walk to South Pole for the first time. This was the beginning of his own relationship with Antarctica, which he intends to see preserved as a pristine continent sized ecosystem. For that journey, Rob convinced Shell that as the company had sponsored the original Scott expedition, he was a worthy recipient to continue that practice. In a like for like manner, Shell supplied fuel for the expedition ship, as they had supplied fuel for the Scott expedition.

The 1912 expedition became part of the early Shell legend of supplying fuel for all purposes under all conditions and at the time featured in various Shell advertisements. One such example is shown below.

The company was subsequently involved in other expeditions, including the Shackleton Expedition.

The 2017 Swan Expedition continues, although in the run-up to Christmas the team was faced with a difficult decision. Despite grueling conditions, including extreme winds and freezing temperatures, they reached the half way point just after mid-December, but the pace had not been as hoped. With the longest day of the year behind them the team will begin to lose sunlight leading to extreme cold, which now leads to something of a race against time to ensure the trek is successfully completed before the short expedition season closes. Under these circumstances, Robert decided to return to Base Camp at Union Glacier to allow the team to move along at a faster pace. He will however meet back up with the SPEC team at the 89th parallel to complete the last 60 miles of the expedition to arrive at the Geographic South Pole.

Robert will continue to play a lead role in the expedition and is determined to ensure that the rest of the team, together with his son Barney, complete this historic challenge. They’re doing it to raise awareness of the need for more and cleaner energy, and continue the Antarctic legacy set by Robert in the 1980s and continued through his 2041 Foundation.

These are two great ambitions that Shell is proud to be part of. So am I. Back in 2009 Robert invited me to speak about climate change to participants on his annual 2041 Expedition to the Antarctic Peninsula. Since then, people from Shell have been involved in every expedition, either as participants or as climate and energy speakers. Following the SPEC Expedition, Robert and Barney will be back on the Antarctic Peninsula in late February with a large group of young people, all eager to learn about SPEC and to better understand the climate issue. ClimateForce 2018 will kick off a series of new climate change initiatives for the father and son team and I am proud to say I will be there at the start of yet another adventure.

Merry Christmas and best wishes for 2018.